The Lexing® network informs you

In this issue of “Lexing Insights,” the members of the network focus on “Cybercrime” 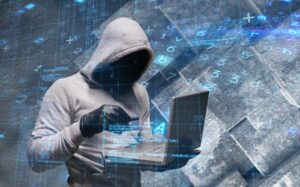 Amid the increasing number and scale of cyber attacks, security breaches have become a major and unavoidable concern for organizations in France and in all countries around the world.

While the ANSSI is sounding the alarm on ransomware, and Interpol and the FBI are warning against cybercrime linked to the Covid-19 outbreak, particularly because of the increased use of telework, it is strongly recommended to protect yourself against cyber risk, by both possessing high-performance IT tools and adapting your insurance policy to cover these new IT risks.

In this issue of “Lexing Insights,” the Lexing® network members provide a snapshot of the current state of play worldwide:

About the Lexing® Network

Lexing® is the first international network of lawyers dedicated to digital and technology law, has been created on an initiative of Alain Bensoussan, the founder and managing partner of Alain Bensoussan-Avocats, a law firm headquartered in Paris (France) specialized in IT and new technologies.

SAVE & ACCEPT
Powered by